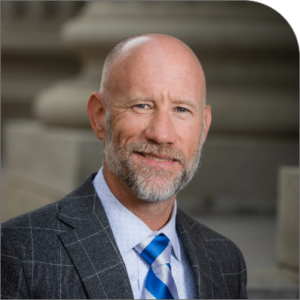 During his time at what is now Stowell, Crayk & Bown, PLLC, Mr. Crayk has developed a niche practice that focuses on criminal defense, and immigration, and what is the confluence of those two practices together or what is called “Crimmigration.” Mr. Crayk currently assists Salt Lake County Legal Defenders Association in advising on criminal cases that involve immigration consequences. Mr. Crayk has participated in hundreds of deportation trials ranging from Cancelation of Removal, Asylum and Adjustment of Status in the Immigration Court. The firm has at any given time more than one hundred active deportation cases.

Mr. Crayk has created a large private Immigration practice. The firm handles adjustment of status cases, asylum cases, citizenship applications, U Visas, Employment Visas and all other types of cases that involve applications with United States Customs and Immigration Services.

Mr. Crayk lectures often on Immigration and “Crimmigration.” Mr. Crayk has been asked to present each and every year at continuing legal education courses and seminars. Mr. Crayk presents each year at the University of Utah School of Law.

Mr. Crayk has been selected for the last five years as one of Utah Business Magazine’s Legal Elite in the area of Criminal Defense. Mr. Crayk has a large private criminal defense practice which ranges from complex homicide cases to misdemeanor matters. Mr. Crayk has participated in many jury trials and many bench trials throughout the State of Utah.

Furthermore, Mr. Crayk has worked in conjunction with his partners to develop a large indigent criminal defense practice. The firm represents some ten cities and Salt Lake County in the representation of indigent defendants.

Mr. Crayk can primarily be found in court. Whether it be in Criminal Court or in Immigration Court, these locations are his preferred places to practice. Mr. Crayk is committed to making sure his client’s voices are heard and to obtain the best possible outcome for those he represents.